Cheaper and simpler cars are naturally preferred, as is the case for most markets at the same developmental stage as Thailand. Remarkable is the popularity of pickup trucks, holding a share of over half the market. This makes Thailand the world's second biggest market for such vehicles, after the United States. Their popularity has been explained as a result of government tax policies as well as a need for multi-purpose vehicles.  Indeed, many manufacturers (Ford, Isuzu, Mazda, Mitsubishi) have chosen to localize their global bases for pickup manufacturing in Thailand, often exporting to Europe, Japan, and much of the rest of the world. These one-ton trucks are not exported to North America, where larger trucks are preferred. In 2005, Thailand surpassed the United States and became the world's largest manufacturer of one-ton pickups, and by 2007 were second in the world (again behind the US) in both production and export of pickup trucks overall.
While many Western brands are present, as well as certain others, Japanese brands have long had a dominant position in Thailand. In 1978 and 1982, for instance, Japanese brands received 91 and 90 percent shares. In 2006, they still had a 88.5 percent share, in spite of the late entries of Ford, General Motors, Volkswagen, and BMW.
Light and medium trucks, as well as microvans, also provide the basis for the ubiquitous Songthaew (Share taxis) which provide much of the local transport requirements in Thailand. Modes of transport in Thailand consist of a multitude of different solutions ranging from elephants to airplanes, but passenger cars have been steadily increasing in popularity. 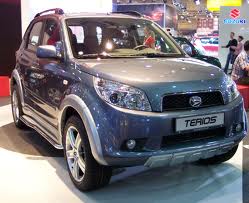 Daihatsu in Thailand were built by Bangchan Motors, a company which has also assembled Opels and Hondas. Originally only small trucks Hijets) were manufactured, but by 1980 the Charade was also available. Some market specific models of the Mira, most notably a pickup version, were developed, but Daihatsu withdrew from Thailand subsequent to the 1997 financial crisis. Sales had dropped from 4,000 in 1995 to a mere 160 in 1997, and in March 1998 Daihatsu stopped selling cars in Thailand. 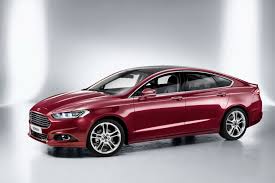 Thai Motor Co. (founded in 1947 to import Fords) began assembling British Ford cars in 1961, in a joint venture with Anglo-Thai Motor. The firm was renamed Ford Thailand in 1973, although Ford withdrew in 1976. Various crises and tougher restrictions on assemblers had made the business climate inhospitable. Ford maintained a presence in the eighties and nineties through assembly by Sukosol and Mazda Motor. In 1995 Ford and Mazda opened AutoAlliance Thailand (AAT), a joint venture which began producing Mazda B-Series-based pickup trucks in May 1998. Sold as the Ford Ranger an SUV version of it, called the Ford Everest, was developed locally. It was first shown at the March 2003 Bangkok Motor Show. 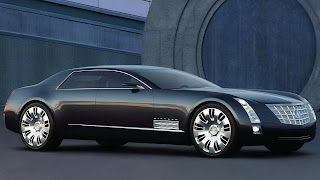 Having had an early presence in Thailand since the creation of Bangchan Motors in 1970, General Motors withdrew in the late seventies as the Vietnam War, Thai domestic stability, and the energy crisis all threatened their ability to do business. After having left in 1977, General Motors Thailand (GMT) returned in 2000, subsequent to the elimination of local content requirements.[4] They have since offered a combination of Opels, Daewoos, and Holdens with Chevrolet badging.
General Motors placed the production of the Chevrolet Zafira (Opel) to Thailand, originally with the intention of supplying the local ASEAN markets only. After the 1997 Asian financial crisis and resulting market collapse this aim had to be adjusted, and by 2002 90% of the production of General Motors' Rayong plant was being exported, as far away as Europe and Chile. The Zafira also marked a notable first for the Thai car industry, when it became the first finished car to be exported to Japan (as the Subaru Traviq). The Zafira was built in Thailand from May 2000 until 2005. Various Daewoos and Isuzu pickup trucks are also provided with Chevrolet badging, as is the Holden Commodore ("Chevrolet Lumina").  GMT also assembled the Alfa Romeo 156 in 2002-2004, a result of Fiat and GM's strategic alliance. 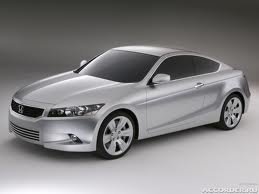 Honda only began assembling cars in Thailand in 1984, by a company called Banghan General. Banghan continued to do so under license until 2000, even though Honda established their own parallell production by Honda Cars Manufacturing Thailand in 1992. This company, with 91.4% Honda ownership, then changed its name to Honda Automobile (Thailand) in 2000. The most famous model of Honda Thailand is the 1996 City, a small sedan developed especially for the ASEAN markets and not intended for sale in Japan. Nonetheless, the second generation City (2002) has been exported to Japan as the Honda Fit Aria since its introduction. 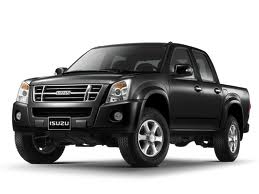 Isuzus have been built in Thailand since 1963 by the Isuzu Assembling Plant. The company became "Isuzu Motors Co. (Thailand)" in 1966, and built their first pickup trucks in 1974. The Thai-only Isuzu Vega SUV was built from 1998 until 2002. The larger and more rounded MU-7 SUV can seat six or seven and appeared in November 2004. 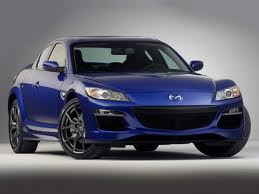 The first Mazdas assembled in Thailand were three-wheeled commercial vehicles, in 1950. In 1974 "Sukosol and Mazda Motor Industry" was founded, opening Mazda's first knock-down assembly plant in 1975. In 1998 the AutoAlliance Thailand (AAT, formed in 1995) automobile assembly plant was opened, a joint venture between Ford Motor Company and Mazda Motor Corporation in Rayong province, Thailand. AAT builds compact pickup trucks and SUVs primarily for the South-East Asian market, with exports to other developing markets and Europe as well. The Mazda 323 Protégé was produced between January 2000 and 2002, but was replaced with imports from the Philippines as a result of market liberalizations. 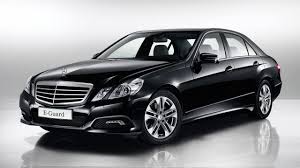 Mercedes-Benz first took a toehold in Thailand in 1960, when they established a plant for the manufacture of utility vehicles (operational in 1961). Passenger car production commenced in 1979, soon after the governments ban on CBU imports. Mercedeses are built by the Thonburi Automotive Assembly Plant Company. In more recent years, much of the Mercedes-Benz lineup has been built here, from the A-class to the C, E, and S-classes. 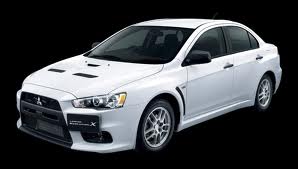 Mitsubishi Motors has a long-standing presence in Thailand. Mitsubishi Motors (Thailand) (MMTh) is headquartered in Pathumthani, just north of Bangkok. Their flagship product is the Mitsubishi Triton (L200 in many markets) pickup truck, which is built exclusively in Laem Chabang and is exported to more than 140 global markets.  Mitsubishi had originally made Thailand their global hub for pickup production in 1995, after having become Thailand's first vehicle exporter in 1988. This focus on global exports was of considerable aid to MMTh the tight years after the Asian financial crisis, when the local markets collapsed. 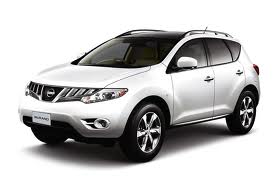 Nissan was the first Japanese producer to build a plant in Thailand, in a 1962 joint venture with Siam Motors. "Siam Motors & Nissan Co., Ltd." received a sister company called "Siam Nissan Automobile Co., Ltd." in 1977, which only built pickup trucks. Today, Nissan manufactures various cars and the D21/Navarra pickup truck in Thailand, also for export to various markets. A branch called "Prince Motor Thailand" also operated, until February 1986. In addition to Nissan products, Siam Automotive also assembled Fiats for the local market until 1986.
One local specialty is the Nissan NV, a tiny pickup truck based on the Y10 Nissan AD Van.  This was also later developed into a double cab, four-seater model. In April 2009, the company's name was changed to Nissan Motor (Thailand). 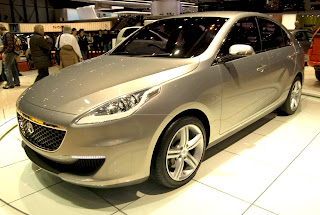 The only Thai automobile manufacturer is Thai Rung, also known as TR, manufactured by Thai Rung Union Car Public Co. Ltd. (TRU). The company was established in 1967 in Bangkok, Thailand. The original name was Thai Rung Engineering Co. Ltd., which was changed to Thai Rung Union Car Co. Ltd. in 1973. TRU was first listed on the Stock Exchange of Thailand in 1994. TRU's business ranges from product design and development, automotive parts manufacturing, industrial equipment manufacturing, car assembly lines, to financial business.
Some discontinued TR vans were powered by Land Rover engine in combination with Thai-developed body design and platform. Modern TR cars are based on small or medium trucks, developed into SUV or seven-seat multi-purpose vehicles by Thai Rung themselves. The 2009 models were the TR Adventure (based on the Isuzu D-Max) and TR Allroader (based on the Thai-version Chevrolet Colorado). 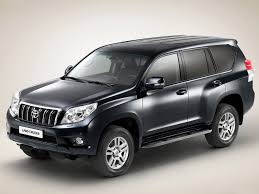 Toyota Motor Thailand Co. (TMT) was set up in 1962 and began producing the Toyota Publica and Tiara cars, and the Stout, Dyna, and DA trucks in 1964.[48] In 1979 Toyota began making pressed body parts in Thailand, and in 1989 they began manufacturing engines locally. In 1996, as a response to stiff competition from imported South Korean cars, Toyota introduced the Tercel-based Toyota Soluna in Thailand. The Soluna has also been exported to other ASEAN countries. After the 1997 Asian Financial Crisis, the ASEAN markets contracted severely and TMT were forced to change their focus to a more export oriented one. Nevertheless, they remain mostly an import-substitution operation and their main export market beyond Southeast Asia is Oceania.[45] In 2005, Toyota established a research and development center in Thailand. Toyota currently builds a wide range of cars in Thailand, from the Yaris to the Fortuner SUV. 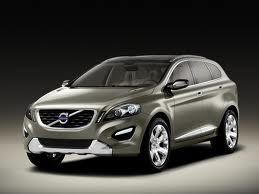 Volvo has a long-standing Thai presence through the (entirely owned by Volvo) Thai Swedish Assembly Co, Ltd., which was formed in 1976. Their large, more expensive cars occupy a prestige position in the market. Following the 1991 easing of import tariffs, cars of over 2,300 cc received an import duty of 100% while those with smaller engines were only taxed at 60%. Volvo, dependent on an engine of 2,316 cc, found themselves disadvantaged against Mercedes-Benz and after some lobbying managed to have this limit raised to 2,400 cc. In addition to various Volvo cars (and the XC90 SUV), Thai Swedish Assembly also built the Land Rover Freelander from 2001 until 2005.
Posted by Unknown at 2:58 AM